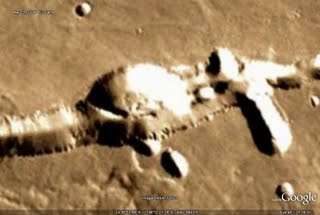 Is This a Mars Bank?

Just what you need for a Sunday in July, an update on the Martian banking system.  That’s all I could think of after hearing reports that between $21 and $32 trillion worldwide are hidden in offshore bank accounts.  The story broke in the London Observer.

James Henry, former chief economist at consultancy McKinsey and an expert on tax havens, has compiled the most detailed estimates yet of the size of the offshore economy in a new report, The Price of Offshore Revisited, released exclusively to the Observer.

My thought was undoubtedly the same as yours: since we’re talking about the entire planet, what is the meaning of “offshore?”

Exactly my thoughts!  Mars has banks.  That’s the only possible explanation.