The Justice Department supports the US Postal Service monopoly. That’s my conclusion after reading an editorial in today’s Wall Street Journal.  Apparently the Feds are going after FedEx and UPS for — get this — shipping prescription drugs that have been purchased illegally.  This is astounding even from this Justice Department featuring Eric Holder, the worst Attorney General since John Mitchell.  Somehow, UPS and FedEx are supposed to (a) figure out which packages contain prescription drugs, then (b) determine which were purchased illegally.  At best, this is another shakedown by Justice. 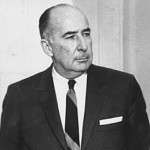 At worst, Mr. Holder and his pals are supporting the U.S. Postal Service’s quasi-monopoly.  Or perhaps you didn’t notice that USPS was missing from the list of entities being persecuted.  In case you don’t believe USPS ships drugs, I happen to have a rather persuasive example.  I am a member of the Kaiser-Permanente health plan.  I have the option of having my prescription refills delivered to me.  The carrier is USPS.

Yet, somehow, Jon Corzine is still free and looking for his next financial fraud scheme.  I have almost lost my ability to be surprised by anything Mr. Holder and his partners in crime dream up.

Some of you may not know about the USPS monopoly.  Despite their claims of not being part of the U.S. government, USPS still has one significant monopoly power.  Under U.S. law only USPS is allowed to put anything into your mailbox. Or mine.  Or anyone else’s.