The city of Detroit, Michigan filed for chapter 9 bankruptcy protection today.  The Detroit bankruptcy brought out humor and snark on Twitter.  Here forthwith are some of the better quips.  Where necessary I have edited out non-Detroit tweets.

Iowahawk is a national treasure: 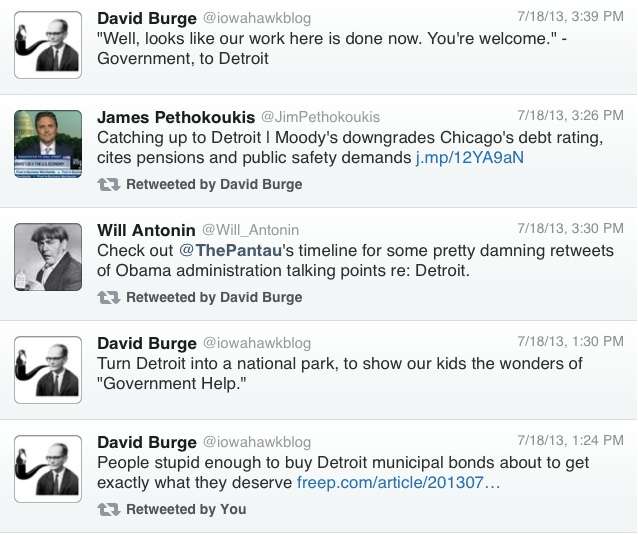 Iowahawk Gets Off a Few Zinbers

For a “Proud Canadian” Lizzy has some things to say about Detroit (including advice)::

Lizzy the “Proud Canadian” Tells Us How She Feels

Miké can also be quite funny (see next section for his serious side): 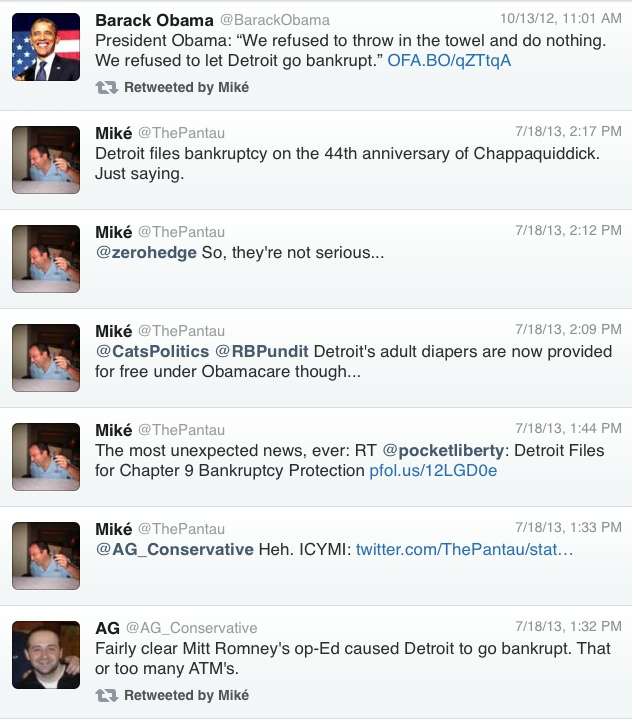 Miké is a Funny Guy

I should shut up and let the people speak for themselves: 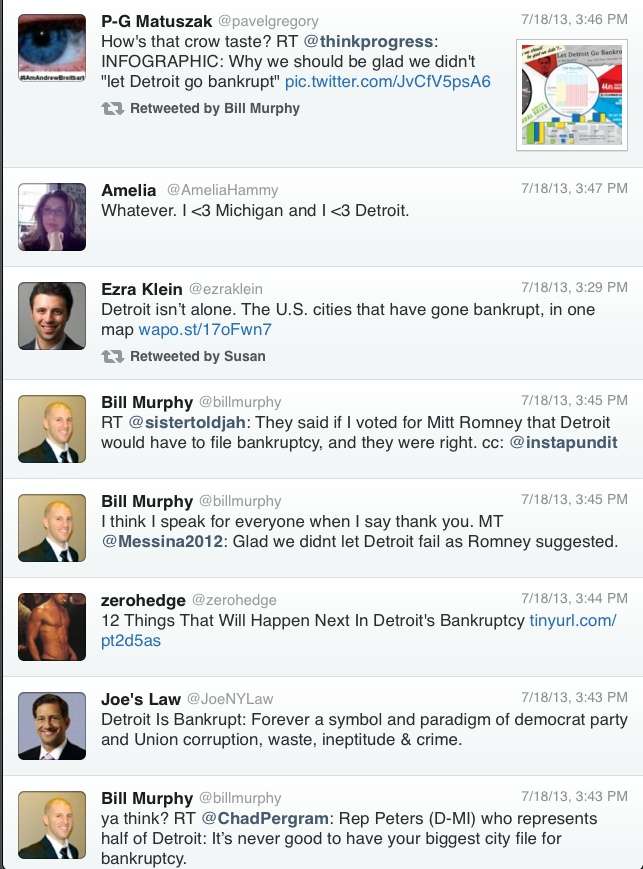 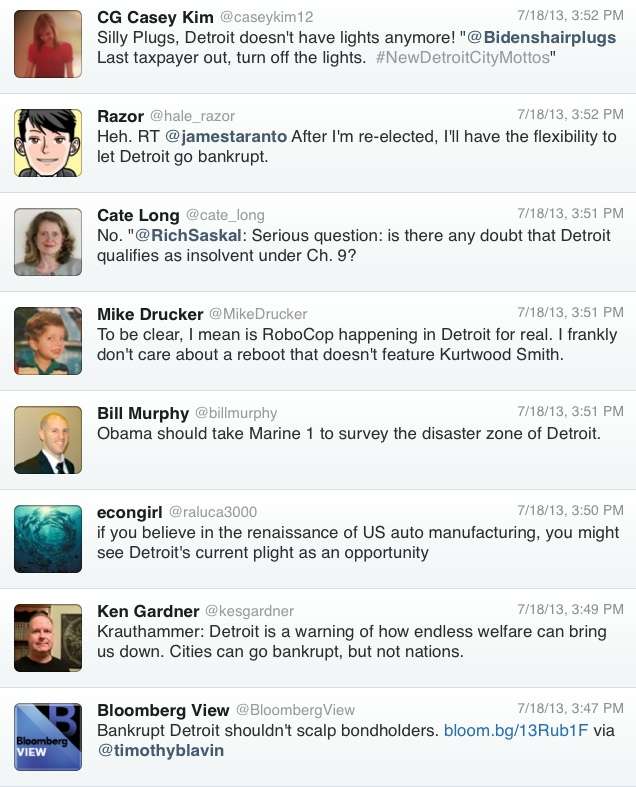 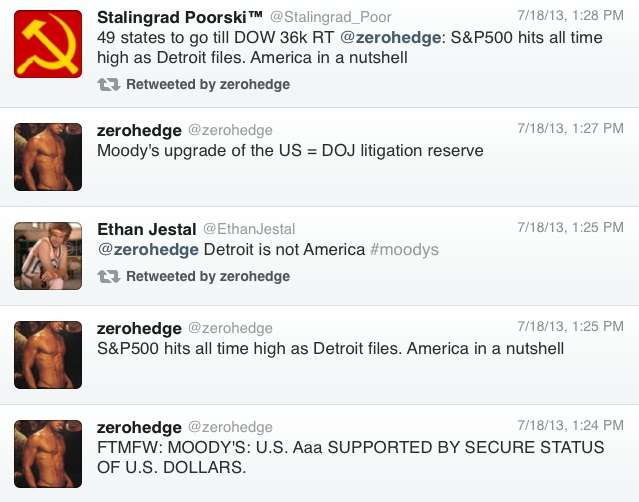 Zerohedge is Smart and Funny

The idea here is that Mitt Romney said he would have let GM and Chrysler go bankrupt during the presidential campaign. The Obama campaign promptly took credit for not letting “Detroit go bankrupt.”  On the internet stuff lasts forever. 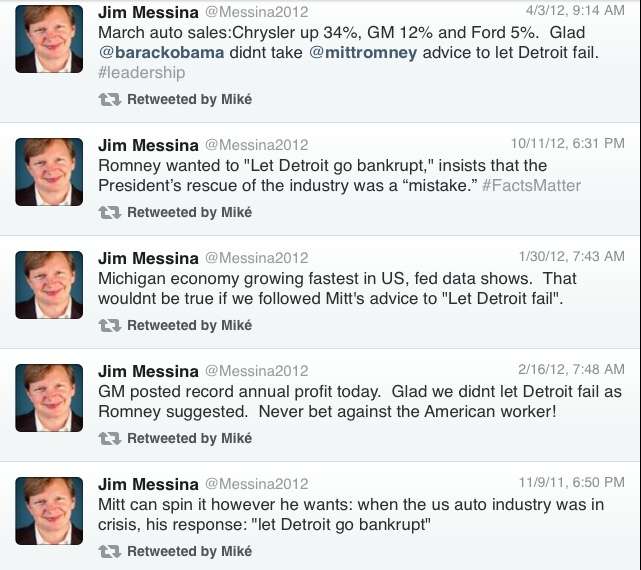 Then there’s this story from the vaults (actually from CBS News): 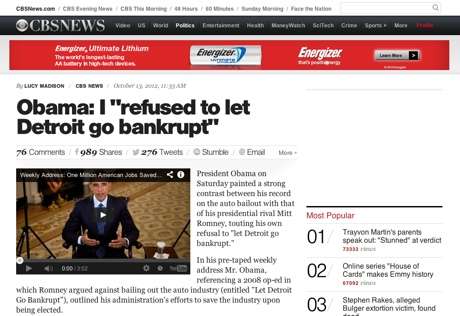 Ken Gardner thinks Detroit citizens are getting what they voted for: 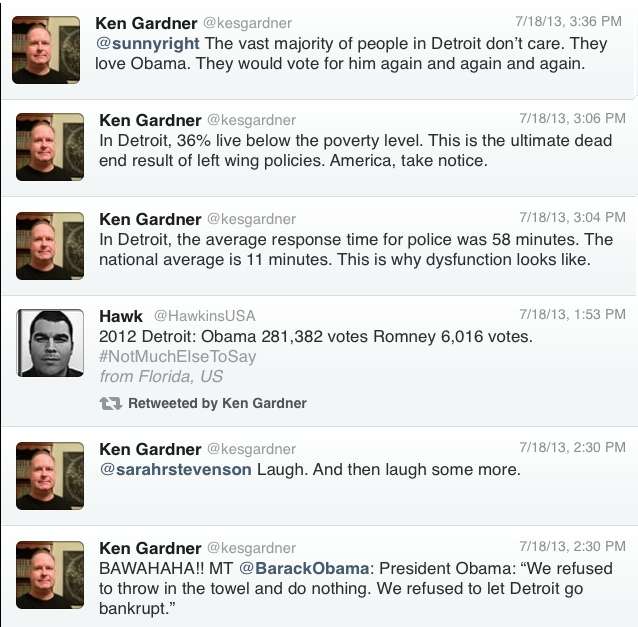 The Wall Street Journal’s James Taranto reminds us of a tweet from Obama campaign manager Stephanie Cutter. As an added bonus you can learn a new word (metonymy). 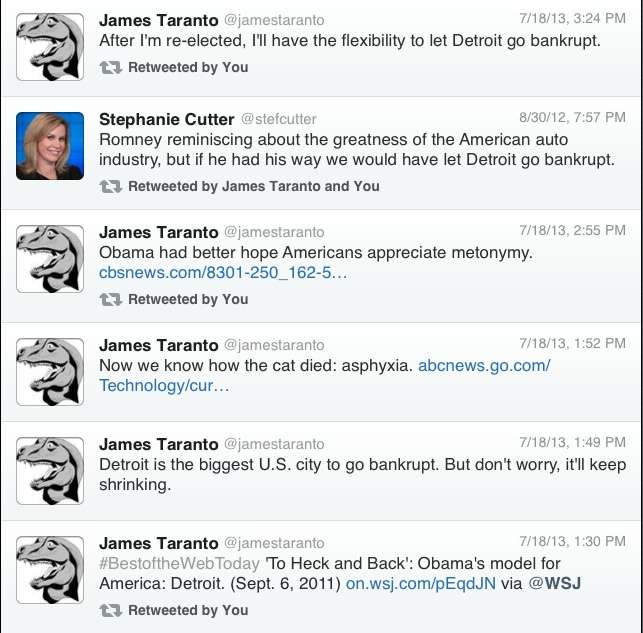 James Taranto Reminds Us of Past Promises

James Taranto Remembers the Obama Campaign, But Not Fondly

And a Bit of Economics

Most of the economic analysis takes the form of either “I told you so” or “least surprising story of the year.”  Here are a couple of my favorites (Bond Girl and Zerohedge).  If you follow no others on Twitter, be sure to follow these two.  That’s @munilass and @zerohedge.  Both have blogs: https://self-evident.org/ and http://www.zerohedge.com/. 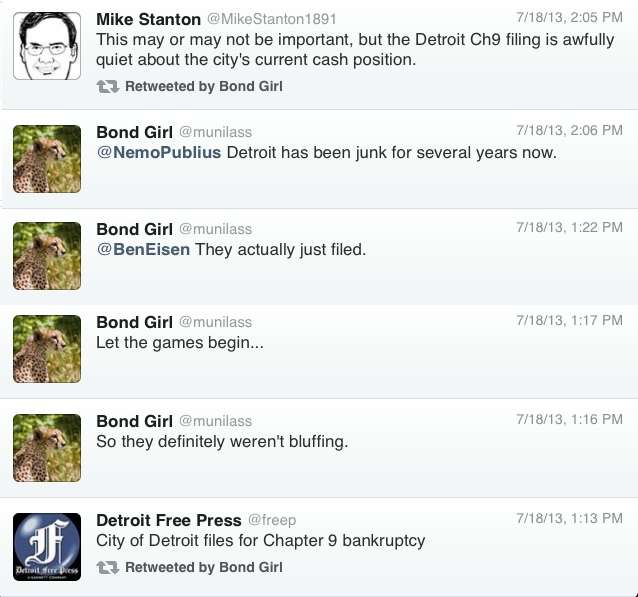 Bond Girl is Smarter Than Most of Us 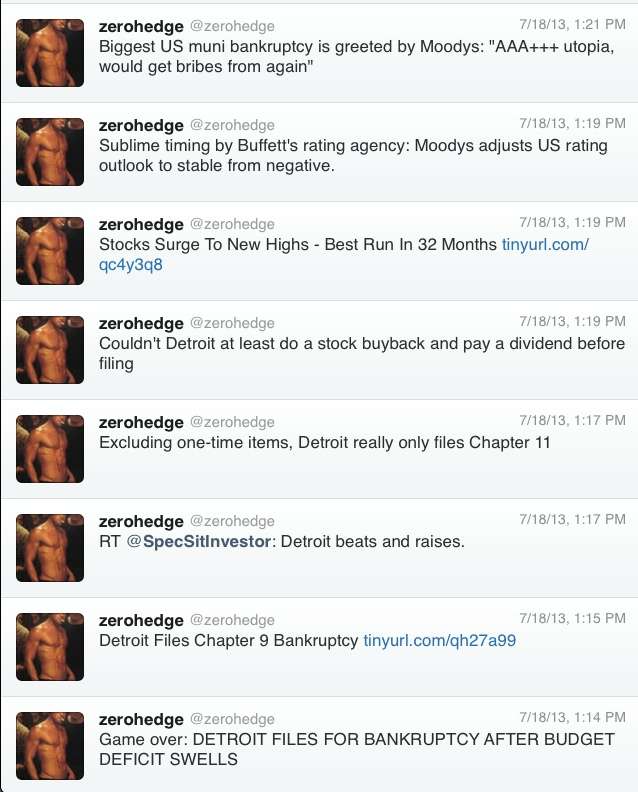 Zerohedge is Smart and Funny

And a few statistics: 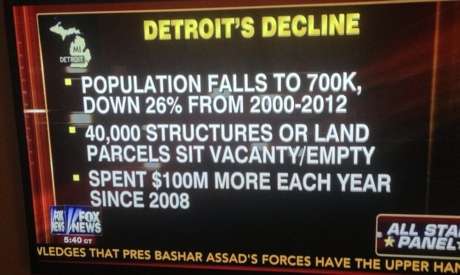