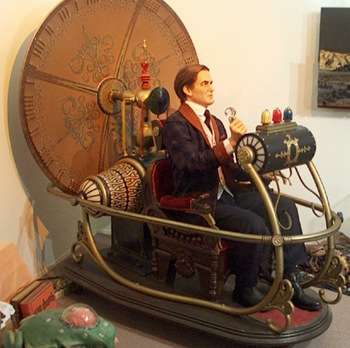 I live in the Los Altos (California) School District area. Ever since I moved here eight years ago, the LASD board has been fighting against the Bullis Charter School (BCS).  The purpose of this little note is to estimate one element of the opportunity cost of this battle.

LASD and BCS both cover towns with fairly high income and wealth levels.  The two have decided to fight this battle via public relations, new media campaigns, and (naturally) in the legal system.  Last night at an LASD board meeting, a board member revealed that LASD spent about $1.6 million on BCS-related legal fees last year.  Guesstimating half that number done as pro bono work (implying a total of $2.4 million), the actual value is around $2.5 million.  It’s safe to assume that BCS is spending about the same amount.  That’s $5 million in resources being wasted because these two groups won’t play nice with each other.

Economists are reluctant to use the word “waste” because it implies a value judgment.  But we have an intense dislike of unproductive uses of resources. Advertising designed to offset another company’s advertising is one good example.  (Coke vs. Pepsi, anyone?)  But hiring legal services to counter the services hired by another entity comes awfully close to this.

To put this in perspective, what could $5 million have bought?  Not just $5 million in goods and services.  Tax-exampt municipal bonds issued in California currently have a yield to maturity of about five percent, roughly equal to their coupon rate.  That means a bond with a maturation value of $10,000 will sell for $10,000 today.  But a far more common arrangement is for a municipality to create a “sinking fund.”  Over the lifetime of the bond issue the fund accumulates enough to pay off the face value of the bonds when they mature.  In this case, the annual sinking fund payment is $1,295.05 per bond.  The $5 million being spent on lawyers could support $5,000,000/$1,295.05 = 3,861 bonds.  At $10,000 each, the district could raise $38.6 million today.

That’s a whole lot of opportunity cost.  Those who believe in the economic theory of bureaucracy (including me) will despair over what this says about those voting for school board members in the Los Altos School District.

As always, my methods are transparent.  Click here to download an Excel workbook that crunches the numbers.  From that workbook, here’s the amortization table.

There’s way more than I can fit here.  Luckily, the folks at LosAltosPolitico.com have been following this closely.  Click here to visit their summary page (links to many other pages with reams of facts).  But I have to note that charter schools are entirely legal under California law.  Proposition 39, passed in 2000 by voters, guarantees that charter schools can be formed if certain rules are followed.  Here’s a quick summary of the law.

Before looking at the details, there is one fact that everyone must understand: under California law, any — any — group of parents can form a charter school.  There are specific regulations about the minimum number of students, instruction quality, and so on.  But Proposition 39 (passed by voters in 2000) explicitly gives Californians the right to form charter schools.  Attempts to deny this right are certain to be defeated in court.

Proposition 39 was passed in the year 2000 with a 53% majority.  Its immediate effect was to reduce the supermajority requirement for voting on certain school district bond issues.  Under Proposition 13, a 2/3 majority was required.  Proposition 39 reduced this to 55% − but, again, only for some school district bond issues.  The funds from any Prop 39 bond issue may be used to purchase hardware such as computers, desks and science equipment, and, perhaps, books.  And there are limitations:

“Specific Projects. The 55% bond measure must contain a specific project list, certified by the Board after an evaluation of safety, class size reduction, and information technology needs. This list becomes part of the measure, and is essentially cast in stone by a successful 55% vote. Thus, careful drafting is critical to ensure you can deal with escalating project costs or changing priorities. But too much flexibility may make your bond measure unconstitutional from the start—such as reserving the right to substitute or add projects, or even to spend leftover money on projects not on the list.

Citizens’ Committee. The companion legislation requires that you establish a citizens’ committee, with the authority to audit and review the bond program and advise the board. The law says how the committee is to be composed and what it is charged with doing. The committee can ask district staff for certain information, but no bond funds may be used to finance the committee’s activities.”[1]

Part of Prop 39 went into effect in 2003.  According to the official voter guide,[2] local school districts were required to provide charter schools with facilities comparable to other K–12 schools in the district.  John Fensterwald quotes the text of the proposition requiring local school districts to “make available, to each charter school … facilities sufficient for the charter school to accommodate all of the charter school‘s in-district students in conditions reasonably equivalent to those in which the students would be accommodated if they were attending other public schools of the district.”[3] [ellipsis in original]

There have been updates since 2003.  Propositions 47 and 55 (2002 and 2004) “Provides site-based and financially sound charter schools with construction or renovation funding, with 50% of project costs as a grant from bond proceeds and 50% in matching funds from the charter schools. Local school district retains ownership of the property.”[4]  The Charter School Facilities Incentive Grants Program (2005), “Distributes $50 million over five years in per-pupil facilities aid that can be applied toward the cost or toward the purchase, design and construction cost of new facilities. Charter schools must be in operation for one year and be in good standing with authorizer.”[5]