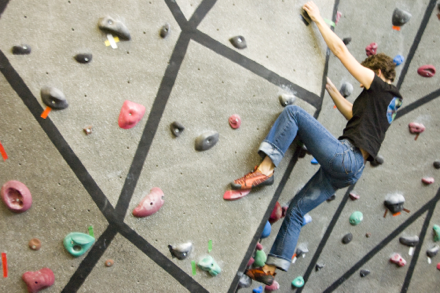 Our techniques for measuring economic performance are obsolete, obscuring a complete picture of how we’re faring.

On July 9, an article titled “The Invisible Economy” was published on The Atlantic website. The author, Bill Davidow, makes this claim →

Mr. Davidow, unfortunately does not understand how GDP is calculated — or the reasons many internet services are “free.”  The invisible economy is not the hidden economy (also called the underground economy).  Mr. Davidow’s “invisible economy” is entirely visible and included in GDP

Start with a basic premise: there ain’t no such thing as a free lunch. When goods or services are produced, real resources must be used to produce them. This is the basic premise of both economics and national income accounting.

A Primer on National Income Accounting

Gross domestic product is the money value of all final goods and services produced in a country during a calendar year. This definition is so standardized that it does not warrant a citation. Here are the salient points of this definition:

Those who hold the incorrect belief arrive at this conclusion by noticing that the first approximation to GDP adds up three spending items:

A Digression on Value Added

Another way GDP can be added up is by summing all the value added in the economy. It’s helpful to understand value added to see how intermediate goods fit into the GDP framework. After all, if national income equals national product, what happens to the income earned by all those workers who produce goods that are not final goods?

Value added is the difference between a firm’s total revenue and (roughly) what it pays other businesses for products it uses to produce its output. Let’s consider a simple loaf of bread. While this presentation is simplified (to say the least), it will help you understand value added. The production chain for a loaf of bread is straightforward:

We need to look a little more closely at what, exactly, makes up value added.

What is the difference between a firm’s total revenue and what it pays other firms for intermediate goods? Well, the cost of any input the firm pays for that it doesn’t buy from other firms is part of value added. Those items include labor (wages and salaries), capital[3] (interest and rent), and entrepreneurship (profit). Those are also the major components of national income.

“But,” you may say, “I don’t get any interest, rent, or profits. Who does that income flow to?”

Actually, you may be receiving some of each of those items. Do you have a retirement account? The wealth in that account owns assets (hopefully well-diversified, low cost mutual funds). Those assets earn interest, rent, and/or profits. Vast quantities of stocks and bonds in the U.S. are owned by mutual funds directly — and by households indirectly. Directly or indirectly households own all the factors of production.

Wasn’t that fun? Now let’s see how advertising fits into the GDP framework. Because, after all, it’s advertising that actually pays the bills for “free” internet services. To do this I’ll use Google as an example. Google derives about 90% of its annual revenue from advertising, making them an excellent case study.

Advertising creates revenue for Google. This is their gross income before deducting any business costs. Since this article is not yet mind-numbingly dull, let’s take a look at Google’s income statement and balance sheet. In 2013 Google earned net profits of $12.9 billion on total revenue of $59.8 billion. Of that revenue, $50.5 billion was from advertising (84.5%). There is a mysterious “other” revenue entry of $5 billion. Assuming that is advertising-related, the percentage rises to 92.8%. Google makes money by selling advertising. Period.

And that advertising is part of GDP. Essentially, to calculate Google’s contribution to GDP we need to calculate the company’s gross value added. Luckily for us, the Bureau of Economic Analysis has a nifty paper titled “An Introduction to the National Income and Product Accounts.” Part II of this excellent work shows how to convert business financial statements into NIPA accounts. Following the BEA methodology to the best of my ability, Google’s gross value added for 2013 was $43.5 billion. (The Excel workbook, based on Google’s 10-K filing with the SEC, is available for downloading by clicking here.)

U.S. GDP for 2013 was $16.8 trillion. Google’s contribution to that total was 0.26%. The U.S. economy is very, very large indeed. But saying that the internet is “free” implies Google’s gross value added is zero. That’s very far from the truth. 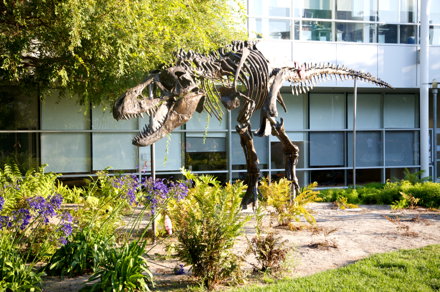 There are no accurate numbers for the aggregate value of those services but a proxy for them would be the money advertisers spend to invade our privacy and capture our attention. Sales of digital ads are projected to be $114 billion in 2014, about twice what Americans spend on pets.

The forecasted GDP growth in 2014 is 2.8 percent and the annual historical growth rate of middle quintile incomes has averaged around 0.4 percent for the past 40 years. So if the government counted our virtual salaries based on the sale of our privacy and attention, it would have a big effect on the numbers.

First, note that Google’s advertising revenue is about half of the total cited by Mr. Davidow. But what is the point of the second paragraph? Comparing the dollar amount of advertising with the growth rate of GDP makes no sense at all. Instead let’s look at the dollar amount of GDP. Given the sharp drop in GDP in the first quarter, a safe forecast for 2014 nominal GDP is 2013 GDP, $16.8 trillion. Digital advertising is therefore likely to be about 0.68% of the total. Again, not much, but well above zero.

National income accounting is not particularly easy or interesting. But those who try to use GDP should know what they’re talking about. Mr. Davidow has sadly failed this test.