Silicon Valley venture capitalist Tim Draper has come up with a scheme to split California into three states, and he’s collected twice as many signatures as he needs to get the proposition on the ballot in November. Some 600,000 Californians have signed his petition, which would allow a vote on whether to split the state into North California, South California and California.

Personally, I would have named the third part Coastal California. Here’s what Draper has in mind: 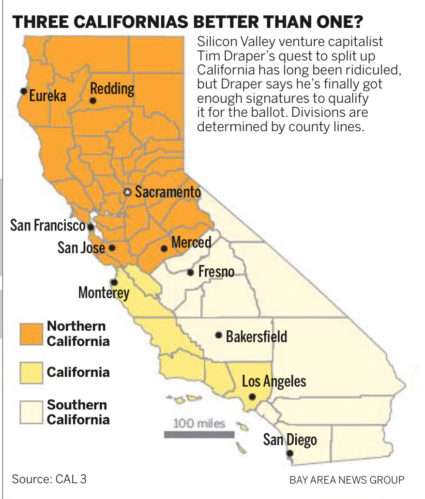