The late Herb Stein popularized this saying.[1] If I may elaborate a bit, the idea is that if a process, activity, or anything else can’t possibly go on forever, it must eventually stop. Today I want to talk about the rising U.S. government debt. If it can’t go on forever it will stop. 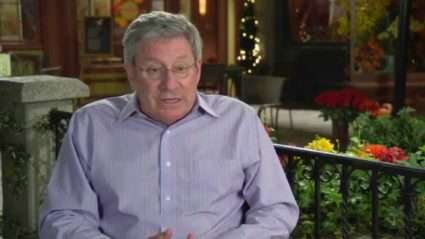 Governments can (and sometimes do) default on their outstanding debt. That means missing a contractual payment when it is due. These payments include coupon payments (sometimes incorrectly called interest payments) and repayment of the bond’s face value when it matures. A government default is called sovereign default. (For those unfamiliar with how bonds work, I’ve written about it here.)

In fact, that’s what Dr. Stein was talking about. Here’s the actual quote (emphasis added).

In the case of the Federal debt, there may not be a mechanism. In the case of the foreign debt, which is essentially private debt, it will stop when the rest of the world doesn’t want to hold it any more. It will stop rising, and when it stops rising the dollar will decline and we will stop running this big balance of trade deficit.

Herb got it backwards. The U.S. pays for a current account deficit[2] by running a financial account surplus.[3] That means foreigners buy more U.S. assets than U.S. people and institutions purchase assets in foreign countries. But some economists have hypothesized that the U.S. has a comparative advantage at producing assets. In which case, the current account balance can remain in deficit indefinitely (apologies).

The Cause of Government Default

Government default occurs when the government can no longer raise funds by borrowing in the debt market. That means they can’t roll over existing debt that has matured or they can’t cover coupon payments when they are due. As long as the central bank is independent, the government cannot solve this problem by printing money. If the central bank decides to monetize the debt by purchasing most of the newly-issued government securities, the short-run risk of default is reduced. But eventually this will lead to hyperinflation, increases in the average price level of 50% per month. Since the price level grows at a compounded rate, the annual inflation rate is about 13,000%.

A major contributing factor to the risk of government debt is the ability of the government to make coupon and principal payments. A quick and dirty metric is the ratio of government debt to GDP. As always, my methodology is transparent.  Click here to download my Excel workbook. Added bonus: a complete listing of all sovereign defaults and the history of the composition of U.S. government receipts and expenditures.

Argentina has defaulted nine times.[4] The first was 1827. The most recent was 2020. In fact, Argentina was pretty much in default for the entire decade leading up to 2020. It’s first official default during that period was 2014. Here’s what the country’s debt to GDP ratio looked like. (Argentina spent most of the decade negotiating with owners of its debt in an effort to persuade them to restructure the terms. That accounts for the decrease in the debt to GDP ratio in the last half of that decade.) 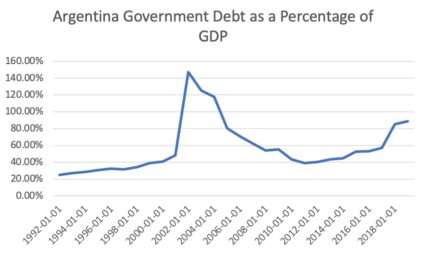 By contrast, the United Kingdom is relatively staid: 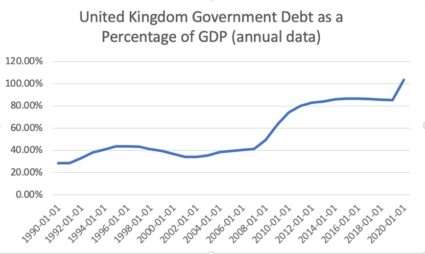 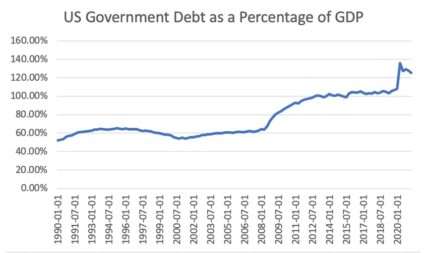 .That sharp increase on the right side of the chart is worrying.

How Long Can the US Continue Borrowing?

The most frightening phrase in the minds of Treasury Secretary Janet Yellen and Federal Reserve Chair Jerome Powell is “failed Treasury auction.” That would mean there were not enough private buyers for U.S. government debt. It also implies the Fed is unwilling to monetize the debt. The only way to induce those private buyers back into the market is to compensate them for the increased risk of U.S. securities. That means raising the rate of return (interest rate) on the debt.

Let’s return to Dr. Stein’s dictum. The U.S. government cannot continue to increase its debt without a limit. Therefore, eventually, the increases in debt must stop. I don’t know when. We’re in uncharted territory here. But the warning signs are there. Sadly, Congress will have to learn this lesson the hard way.