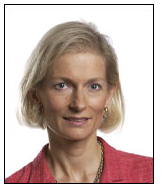 and that’s been one of the really striking things about the U.S. economy in the past few years is that you’ve seen this very big decline in the share of the labor force that is employed, the share of people that are employed. Now partly that is to do with the fact that the population is aging and the baby boomers are aging. As you get older, fewer people work. But a lot of it probably has to do with the weakness of the recovery itself.

NPR’s “Weekend All Things Considered” featured a story on the state of the U.S. economy. Titled “The Long-Term Unemployed, the State of the Economy, and What Can Be Done,” the show featured a number of guests.  Among those interviewed was Zanny Minton Beddoes of The Economist who, in turn, featured a lovely British accent.  And, naturally, there is yet another labor force participation rate error.

Interestingly, this passage does not appear in the official transcript.

Regular readers (both of you) will remember that I’ve written about the labor force participation rate before.  In fact, retiring baby boomers is exactly the wrong explanation for the declining LFPR.  The main source of the decline is among the 16-34 age group, but the 35-44 age group also shows a small decline.

The historical data is there for anyone who bothers to look.