[This was originally published in early 2014.  I’m updating it today so it will be easy for Wall Street Journal readers to find. 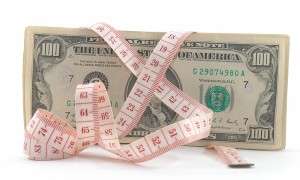 [Update January 14, 2015: The link in the first paragraph still works, but the web page has been edited.  I’m not sure what else has changed, but the table shown below is no longer there.  My guess is that FDIC is trying to make it more difficult for the public to find out which industries are being targeted.]

Question: What does the Federal Deposit Insurance Corporation (FDIC) have to do with suppressing the first and second amendments to the U.S. Constitution?  Answer: a recent advisory from that group appears to encourage banks to reduce the volume of business they do with targeted group. The FDIC is using the banking system to circumvent the Constitution — at least, they’re trying.

Bank regulators are always worried about the risks in the banking system.  Usually they look at a bank’s portfolio of assets and liabilities, assessing the risks of various components and combining those estimates into an overall risk rating.  But now FDIC has explicitly targeted certain types of commerce.  From the advisory:

The media has (naturally) focused on pornography.  But take a close look at that list.  Ammunition and firearm sales?  Government grants?  (You would think the relevant government agencies would be on top of that, but apparently not.)  Pharmaceutical sales?  Money transfer networks?  (You mean like PayPal, Western Union, and, perhaps, FedWire and the SWIFT system?)  Tobacco sales?  And (my personal favorite) Racist materials.  In other words, a bank can reject your application for a checking account for just about anything they want.  Personally, I have several prescriptions that keep me relatively sane, happy, and alive.  I would hate to think that my healthcare provider would not be able to sell me pharmaceuticals because their bank would not let them.

Frankly, this is outrageous.  FDIC should be ashamed.

One Reply to “Using the Banking System to Circumvent the Constitution”