Who is Colin Kahl?  Simple answer: he’s in charge of planning for the Pentagon. (Officially, he’s “the civilian head of policy planning at the Department of Defense and third highest ranking official” in DOD.) In that position, we can surmise that he was heavily involved in the botched withdrawal from Afghanistan.  Which raises another question: why?  Dr. Kahl seems uniquely unqualified for a job involving logistics and military security.  His Ph.D. is in political science from Columbia — a fact about which he regularly reminds anyone who will listen.  A cursory glance at his Wikipedia page reveals zero military training or service.

This post follows something I wrote during the Obama administration.  The ongoing theme is what happens when people are selected for jobs based on any factor besides skills and abilities.  Mr. Obama appointed two cronies to run the Office of Personnel Management (OPM).  They proceeded to give the entire employee database to China.  Read about it here. 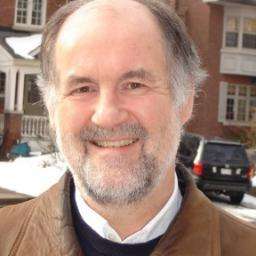 Over on Twitter, Stephen McIntyre has saved us a lot of trouble by delving into Kahl’s background. His speculation has now been confirmed by Adam Kredo and Alana Goodman in the Washington Free Beacon. From their article:

Sen. Bill Hagerty (R., Tenn.), a member of the Senate Foreign Relations Committee, told the Washington Free Beacon that Kahl “should never have been nominated by the president or confirmed by the Senate” and should be held responsible for the Biden administration’s failures in Afghanistan, including for the hundreds of Americans who have reportedly been left behind. “In Kahl, we have someone not even qualified for a security clearance at the center of President Biden’s incompetently planned and disorderly withdrawal from Afghanistan.”

Read Mr. McIntyre’s thread and you’ll have the beginning of understanding of how the Biden administration (dis)functions.