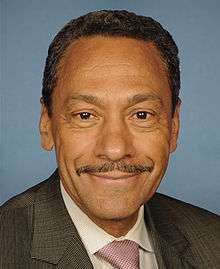 Mel Watt was recently confirmed as head of the Federal Housing Finance Administration.  The FHFA, among other duties, supervises Fannie Mae and Freddie Mac.  Among other past notable activities, FHFA has been responsible for looting these two agencies, declaring that all their profits belong to the government with zero left for stockholders. Here’s what the new boss at FHFA has planned for us.

Mr. Watt gave a talk at the Brookings Institution on the morning of May 13.  He announced plans to reverse course with the two troubled agencies and expand their footprint in the housing market.  This is not a surprise to anyone who followed the confirmation hearings.  What is surprising is that the administration is so blatantly announcing their intentions to repeat the mistakes made in the first decade of the 21st century.

A little history: Fannie and Freddie were part of the major push to expand home ownership.  At best, they turned a blind eye to “stated-income loans” (which mortgage brokers everywhere called “liar loans”), zero down payment, and other policies that helped create the housing bubble, the foreclosure debacle, and the great recession.  This has been described in excruciating detail by New York Times business columnist Gretchen Morgenson and Joshua Rosner.  Their book, Reckless Endangerment: How Outsized Ambition, Greed, and Corruption Led to Economic Armageddon, is required reading for anyone who doesn’t understand the role government-sponsored enterprises created the whole mess.

Rather than go on at length, I‘ll just refer you to a real expert, Prof. Anthony Sanders of George Mason University.  His blog, Confounded Interest, is in the blogroll over there in the right sidebar.  The two articles of particular interest are “FHFA’s Melvin Watt Reverses Efforts to Shrink Fannie Mae, Freddie Mac (The Never-Ending Story)“ and “FHFA Extends Greater Shield to Lenders on Mortgage ‘Put-Backs’ (Unlikely to do Any Good).”  The Wall Street Journal website has a good summary of  Mr. Watt’s Brookings talk.  Oh, by the way, FHFA won’t proceed with plans floated last summer to reduce the maximum size of mortgages that Freddie and Fannie could handle.

Those interested in Mr. Watt’s biography can check out his Wikipedia entry.