Practical men, who believe themselves to be quite exempt from any intellectual influences, are usually the slaves of some defunct economist.

—John Maynard Keynes (1883-1946) in The General Theory of Employment, Interest and Money

The September 7, 2014 New York Times includes a letter to the business editor with a really dumb proposal. The author, one Jack Osgood of Boston, agrees with Prof. Greg Mankiw that the corporate income tax should be repealed. Every sane individual outside Washington, D.C., agrees that the current tax code is so complicated that it’s almost impossible to successfully file a federal tax return. 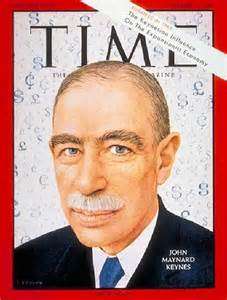 So far so good. But then he goes on to describe his idea for a replacement for the current tax system. Sadly, Mr. Osgood’s proposal would replace one bad tax system with another that (a) would be just as complicated and (b) would raise almost no tax revenue. This is a bad corporate tax alternative. Mr. Osgood proposes this:

Good as far as he goes, but it would be more equitable if personal rates varied with necessity. Thus, a loaf of bread and basic clothing would be tax-free. A bespoke suit would carry a 300 percent rate; a Ferrari, 500 percent. Each item would provide revenue based on its utility. And then, the coup de grâce: A 50 percent tax on all wealth controlled by a decedent.

Short version: let’s replace the current impossibly complex tax code with another one that’s equally complex, but with the added features of (1) being unenforceable and (2) collecting far less tax revenue than Mr. Osgood supposes.

A few examples will illustrate this point. They are the short-lived California “snack tax” and the federal government’s disastrous attempt to put a special tax on the sales of luxury yachts.

Let’s begin this lesson with yachts. The New York Times (yes, the same one) ran this article on February 7, 1992: “Falling Tax Would Lift All Yachts.”

In 1990 Congress and President George H.W. Bush decided it would be a good idea to impost a 10% sales tax on “luxury” yachts. “Luxury” was defined as any boat priced over $100,000 — but remember these are 1990 dollars. A mere two years later Mr. Bush’s budget requested a repeal of this tax.

At the time this tax was passed, many of us laughed out loud. This is a classic example of a tax that raises no revenue. If you can afford a boat with a price over $100,000, you can afford to fly to, say, Mexico, buy the boat there, and sail it back to the U.S. And most wealthy people did exactly that.

This from the Times story:

Since the tax took effect in January 1990, hundreds of builders of large and small boats have spoken of it as a stake driven into the heart of an industry already suffering from the recession, tighter bank rules on financing and fallout from the gulf war.

In the last two years, about 100 builders of luxury boats — recreational craft costing more than $100,000 — cut their operations severely and laid off thousands of workers. Some builders filed for protection from creditors under Chapter 11 of the Federal Bankruptcy Code.

The power to tax is the power to destroy. And some people lost their businesses because of this tax. Congratulations to everyone involved in passing this execrable piece of legislation.

So the first question for Mr. Osgood is simple: how many pieces of his proposed tax system are likely to devastate the industries on which they’re imposed? His first example is perfect: “A bespoke suit would carry a 300 percent rate.” Hey, if I’m wealthy enough to afford a bespoke suit I can afford to fly to London or Hong Kong and buy a dozen of them. Total tax revenue raised from this proposal: $0.00.

Now about the “snack tax.” California tried this in 1990. The idea was to tax “snack foods” as well as bottled water. This led to many trivial regulations. If you bought an entire cake, that was not taxed. But buying a single slice of the same cake was taxed. Cookies, crackers, and similar foods were taxed. But, as Assembly member Richard E. Floyd put it,

The effort to erase the tax started earlier this year during the legislative session. Assemblyman Richard E. Floyd (D-Carson), who admits he voted for the tax to get the 1991-92 budget passed, tried to persuade his fellow lawmakers to repeal it. He had decided that his vote for it “was a mistake,” he said in a recent interview.

“We have no organized opposition,” said Floyd, “so I think we will win at the polls. The snack tax is regressive. It’s a poor folks’ tax.

“The elite eat untaxed baked Alaska for dessert. The poor have Oreo cookies and they are taxed.”

At least this tax raised some revenue. Estimates were between $300 and $500 million per year. But I also have to add that there is another way the tax discriminates against the poor. Meals eaten in restaurants were, by definition, not subject to the additional snack tax. (In California, those meals are subject to state and local sales taxes.) In general, snacks included items purchased for consumption outside the premises of the store. Thus the wealthy purchase the entire cake, avoiding the tax. But the poor, who are cash-constrained, buy one or two slices, paying the tax.

What is it about the early 1990s, anyway? More screwball taxes were tried than seems normal, even by U.S. standards. In any case, Mr. Osgood should probably leave economics to professional economists.