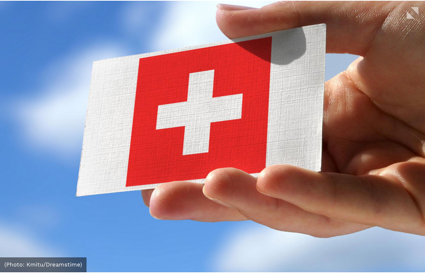 If you fail to comply with the mandate, the Swiss government will garnishee your wages and charge you a penalty equivalent to the cost of the premiums plus up to 50 percent, and, if you persist, the government will sign you up for an insurance policy and allow the provider to sue you for back premiums covering the period during which you were uninsured.

So, You Want a Swiss Healthcare System? Over at the National Review, Kevin Williamson does a terrific job of describing the highly-lauded Swiss health-care system. Read the whole article and you’ll understand why such a system is unlikely to work here. I’ll give the Cliff’s Notes version here.

There is no such thing as employer-provided health insurance in Switzerland. Residents pay for their own insurance. All insurance and care is offered on private markets, consumers have choice (with one big exception), and government spending on health care is relatively low.

Swiss law mandates that all citizens purchase insurance. It establishes a minimum package of benefits that meet the mandate. Insurance premiums for lower-income folks are subsidized with a goal no more than ten percent of household income should be spent on insurance. Pre-existing conditions must be covered. There are controls on procedure costs and reimbursement.   Insurance companies must offer their minimum policies on a nonprofit basis. Payments for services co-pays and deductibles) are relatively high. Prices must be made public, encouraging competition. And “community rating” is required. However, the Swiss version of “community rating” allows variation in premiums for age and gender. (The Swiss have always had, um, unique attitudes towards women. It was 1991 when the last canton, Appenzell Innerrhoden, allowed women to vote.)

Per-capita spending on health care is about the same across a wide swath of countries, including Switzerland, the U.S., the Netherlands, Sweden, Germany, and Denmark.

But the real key is compliance. One reason the Affordable Care Act is collapsing is that younger, healthier adults are not buying insurance. They have figured out that they will be subsidizing the elderly and they don’t like that much. And the penalties are laughably small. By the way, remember that younger workers are likely to have much lower household income than older workers. Do you blame them for resenting having to subsidize health care for those earning higher incomes than them?

Swiss compliance is very high. One reason is cultural. The Swiss people generally believe in following the rules. About a century ago I spent a summer working near Zurich. At 2 am it was common to see cars and pedestrians waiting for traffic lights, even though the streets were empty.

But the real kicker is one more law. Kevin says it better than I ever could:

If you fail to comply with the mandate, the Swiss government will garnishee your wages and charge you a penalty equivalent to the cost of the premiums plus up to 50 percent, and, if you persist, the government will sign you up for an insurance policy and allow the provider to sue you for back premiums covering the period during which you were uninsured.

The ACA doesn’t come anywhere near that level of enforcement. The next time someone says the U.S. should have a health insurance and care system like Switzerland’s, remember these small facts.