Hurricane Maria has devastated Puerto Rico. Hopefully this is not news to you. But some of the responses have been way over the top. In this article I’ll review a little history. That will help you understand some of the reasons for the sluggish response to this disaster. Then I’ll look at the last 24 hours of trhe news cycle. This article is about the Puerto Rico disaster.

Puerto Rico is in debt and has defaulted on payments. The reasons for this are bad government management, outrageous pensions and salaries to government employees, and flat-out incompetence. But, despite all this, the island managed to sell $3.5 billion in new 20 year bonds on March 17, 2014. At issue the yield was 8.618%. One month later the yield was 9.335%. Puerto Rico collected $218,750,000 more than they would have if the bonds had been priced correctly. That’s a cool quarter billion dollars. There are links to three other articles at the beginning of the article linked above.

To stay afloat, the island decided to not maintain their electric, water, and highway infrastructure. Which means said infrastructure suffered far more damage than it would have if it had been kept in good shape.

None of this is meant to demean the disaster Puerto Rico experienced. The residents are U.S. citizens. They deserve every bit of support the government and other aid agencies can offer.

But on September 29, the mayor of San Juan said this: 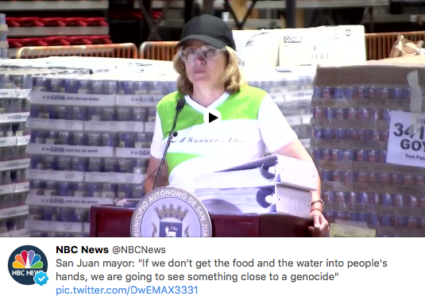 The next day she said this: 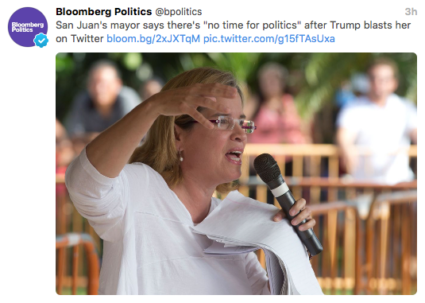 Each one is part of his particular position and his style. Yulin cries and fights with Trump to call attention and accumulate pie 2020 pal. 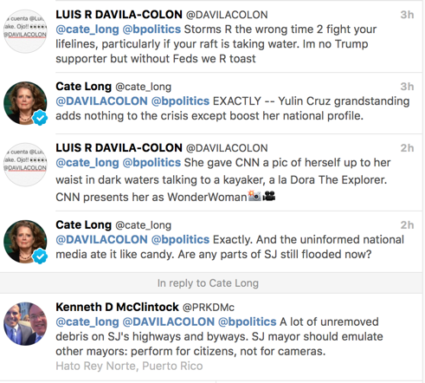 Ben Domenech, publisher of The Federalist, is from Puerto Rico. He has a few things to say: 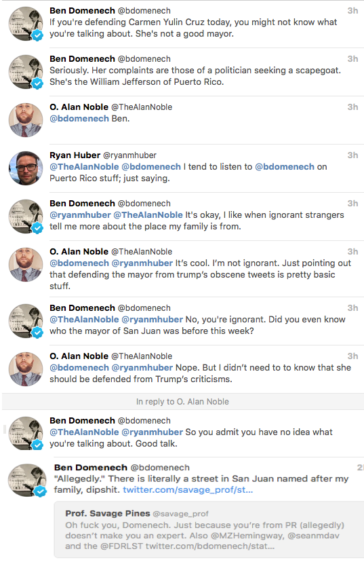 Over the years we’ve repeatedly seen municipal bankruptcies, the state of Illinois virtually broke, and Puerto Rico’s finances under control of an outside board. All these events have one common factor: cities, states, and now one territory that have been run by the Democratic party. Truly the party of financial irresponsibility.