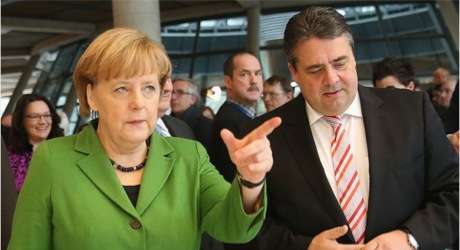 “Harmonization” has been a key word in discussions of European integration.  In the past this has usually meant talking about tax regimes in the different countries, with Ireland’s low taxes held up as an example of anti-competitive behavior.  “Anti-competitive” means Ireland is better at competing for business than other European countries.  Persuading Ireland to raise their tax rates would be closer to cartel price-fixing.

But the latest move is from Germany.  Germany harmonizes with other European countries by imposing their first-ever minimum wage.  CNN has a story about this.  By increasing their minimum wage (from a base of zero) Germany moves closer to the rest of Europe.

One Reply to “Germany Harmonizes With Other European Countries”