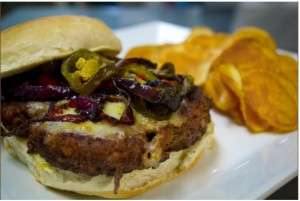 The January 5 Wall Street Journal features an op-ed by Michael Saltsman. He describes the impact of the minimum wage on a small not-for-profit business in Michigan. Michigan’s minimum wage was $7.40 per hour. In September, 2014 it increased to $8.15. The minimum wage will continue to rise until it reaches the legal maximum (under current law) of $9.25 in January, 2018. The minimum wage for employees who receive tips rose from $2.65 to $3.10, an increase of 17 percent. This is the story of how the minimum wage kills twelve more jobs.

The business in question is Tastes of Life in Hillsdale, Michigan. This small restaurant employs people 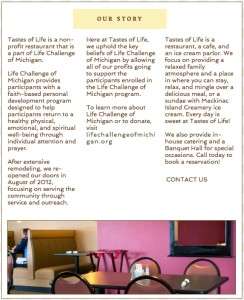 Tastes of Life is not expensive. Here are the breakfast, lunch, and dinner menus. (Click an image to see a larger version.) With prices like this, the restaurant must operate on a very narrow profit margin. Any increase in cost will be almost entirely passed along to the customers as higher prices.

The problem, as described by Mr. Saltsman and Rev. Mosley, is

Handling this one-two punch of new costs presented Mr. Mosley with conflicting goals: raising prices and boosting customer traffic. “If we had a $10 menu item, it would have to be $14,” Mr. Mosley said. The restaurant’s customer base of seniors on a fixed income and Hillsdale locals made this option a nonstarter. The restaurant also had to find roughly 250 new customers a month, unrealistic in a small town of about 8,300.[1]

In other words, demand is elastic. Raising prices would cause total revenue to fall. Faced with all this, Rev. Mosley decided the only option was to close the business.

This is not just another training program. A newly-hired floor employee at any restaurant is likely to be fired on the spot for many mistakes (such as dropping a tray of dirty dishes). At Tastes of Life trainees are given second, third, and more chances to learn. Think of it as pre-on-the-job-training. 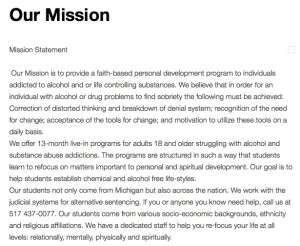 Who raised the minimum wage? The Republican Michigan legislature and the state’s Republican governor were the responsible parties. They did this to head off a more radical proposal that activists were trying to place on the November ballot. But that doesn’t matter to Rev. Mosley and his (now former) trainees. The restaurant is being converted into a women’s rehabilitation center. And another batch of entry-level jobs is killed by the minimum wage.

I invite all those who claim increasing the minimum wage has no impact to visit Life Challenge of Michigan and tell them what you think.  The organization is faith-based, so you will probably be treated cordially.  But at least have the courage of your convictions.  Tell these folks that you’re glad the higher minimum wage put one of their programs out of business.