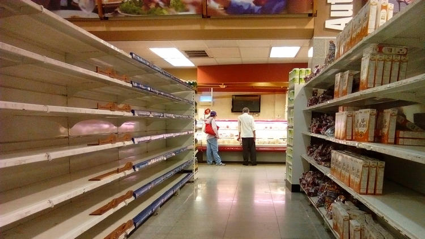 The situation in Venezuela just keeps getting worse. But at least one media outlet finally has the correct analysis of the problem. It’s not low oil prices. It’s socialism. Period.

Comradely gestures to be sure, but sugar production has rapidly declined ever since the seizures. In May, scarcities got so bad that Coca-Cola temporarily suspended production of its popular line of soft drinks, saying it couldn’t buy enough supplies of the industrial sweetener.

The source of this amazing insight is the Los Angeles Times (August 11). Reporters Chris Kraul and Mery Mogollon begin their article with an anecdote about sugar production. A mere 10 years ago Venezuela imported very little sugar. Domestic production was only slightly lower than demand. Today the country imports 80 percent of domestic consumption. Why? In 2006 former dictator-for-life Hugo Chavez nationalized many sugar refineries (10 of the 16 plants), turning their operation over to “worker cooperatives.” He also seized thousands of acres of sugar cane fields and converted them into communal properties. In other words, competent managers and engineers were replaced by Chavenista factotums. (Side note: compare this with the U.S. Office of Personnel Management situation.) The result was inevitable →

The fundamental source of the problem is price controls. Persistent shortages are always caused by some mechanism that prevents price rationing. In this case, it’s government policies.

Another Solution That Won’t Work

Current president Nicolas Maduro has now decreed that many people will be forced to work part-time on farms. Yeah, that will work. Here’s the story from CNN:

In a vaguely-worded decree, Venezuelan officials indicated that public and private sector employees could be forced to work in the country’s fields for at least 60-day periods, which may be extended “if circumstances merit.”

“Trying to tackle Venezuela’s severe food shortages by forcing people to work the fields is like trying to fix a broken leg with a band aid,” Erika Guevara Rosas, Americas’ Director at Amnesty International, said in a statement.

Maduro seems unable to understand that there are many jobs that require actual knowledge and skill. In his view, labor is completely fungible. This is, of course, completely at odds with reality.

From the same story:

Venezuela is the world’s worst economy, according to the IMF. It’s expected to shrink 10% this year and inflation is projected to rise over 700%. Beyond food shortages, hospitals are low on supplies, causing many patients to go untreated and some to die.

Ironically, despite price controls, Venezuela’s inflation rate this year will be at least 700 percent. That’s the figure the L.A. Times reports as the IMF forecast. 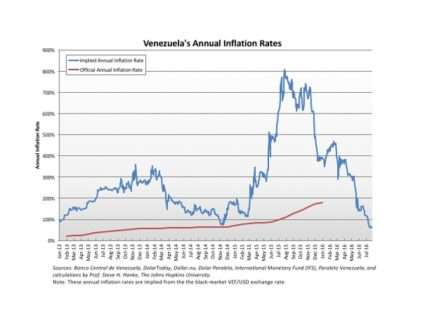