Update: just as I was about to publish this article, Kelsey Harkness’s recent article flashed in front of me. Kelsey is a writer and producer at The Daily Signal. And, once again, the two of us have been thinking along the same lines. (See Operation Choke Point for another example.) Her article includes a nifty video featuring interviews with customers who use overdraft protection and payday loans.  Both are substitutes for more conventional types of credit, including credit card lending, personal loans, car loans, and mortgages.  The last two, of course, are collateralized.  Miss a few car payments and the lender can take back the car. (See the classic Repo Man (1984, Harry Dean Stanton at his best) for examples.) 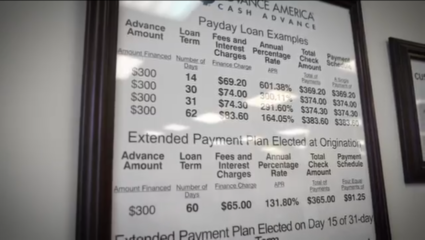 Now on to my original article.

Have you ever bounced a check? (“What’s a check?” Patience, grasshopper.) Technically your check was returned because the balance in your account did not have sufficient funds to cover the amount of the check. Such events are called NSF in the industry.

Today, of course, people use debit cards and many checks are processed via automated clearing house (ACH) systems. Nevertheless, when you use a debit card for a transaction that exceeds the balance in your account, in many cases it will be covered by overdraft protection. And, guess what? You pay for the privilege of not having the transaction declined. (Indeed, you are more likely to have a credit card transaction declined if the balance is near your credit limit.)

On December 20 the Pew Charitable Trusts released a study of overdraft protection. It would be hard to imagine more bias. The research focuses exclusively on overdraft protection fees and their impact on the poor. There was no mention of the benefits to consumers.

And there are many benefits. For one thing, both the bank and the merchant will charge you a fee for NSF. The lowest fee I’ve seen at a business is $25. But there’s also a larger cost. If enough transactions are declined your credit rating will suffer. If a very large number are declined, your bank may terminate your account. These costs are probably greater than the actual monetary costs, especially for the poor who usually don’t have very good credit.

As for the bank fees, let me use Wells Fargo Bank NA as an example. (I bank at Wells Fargo and am quite familiar with their website. I chose them because it was my lowest-cost research option.)

Wells Fargo charges $35 for overdraft protection at the most basic level. (Interestingly the fee is only $12.50 for “Teen checking” accounts.) However, this is literally a personal loan with no collateral.  There are no funds in any of your accounts to cover the transaction. The bank also charges $35 for an NSF transaction. But if you have a savings account and/or a line of credit with sufficient funds to cover the transaction, the overdraft fee is $12.50. And you can also set up overdraft protection using a credit card issued by the bank. For my accounts, the fee for overdrafts less than $50 is $12.50. For overdrafts greater than $50 the fee is $25.
(I got the credit card fees from a phone call to Wells Fargo customer service.)

The reason overdrafts not covered by savings, line of credit, and/or credit cards are so expensive is that they are essentially unsecured loans. Wells Fargo does note that if you cover the overdraft with a deposit by the end of the business day there will be no fee.

Legal geeks will want to read the official FDIC study on the mechanics of overdraft protection.

What About the Benefits?

… usually serves as a short-term source of small-dollar credit in order to meet a pressing need for funds and to prevent important payments such as utilities, rent, or other bills from being denied for insufficient funds. Moreover, those who use overdraft protection do so because it is better than available alternatives.

Other research shows that those who use overdraft protection (and payday loans) are quite aware of the cost. But the cost of, say, having the electric power to your home cut off is apparently regarded as much higher than the overdraft fees by actual consumers.

Economists still are pretty sure that, in most cases, consumers make the best decisions they can given their economic and social circumstances. The Pew study is yet another piece of research that implicitly assumes consumers are stupid and need government protection.

This is a check. People once used these to buy goods and services.

Oh, yes.  Above is a picture of a check.  Don’t bother — neither the routing number nor the account number are valid.