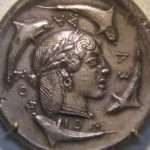 Puerto Rico faces many of the same economic problems as Greece: high external government debt, locked into a common currency with other countries, and an ultimatum from those other countries to pay up or else.  Interestingly, the same solution would spare both the heavy consequences of sticking with their current money.  Ever since the beginning of the Greek debt crisis, many economists have been calling on that country to abandon the euro and return to its historical currency, the drachma. The same solution would work for Puerto Rico.  Instead of burdening the island territory with the U.S. dollar as currency, give it independence.  As an independent country, the nation of Puerto Rico could then have its own currency.  The benefits would be vastly cheaper exports of goods and services when valued in either U.S. dollars or many other foreign currencies.  An example will be forthcoming. But we should work to save Puerto Rico from dollar tyranny!

First, let’s compare the economic history of the two regions. Starting in 2010, other Eurozone members demanded austerity from Greece’s spendthrift government. That austerity led to double-digit unemployment.  For 2016 Greece’s unemployment rate was 23.6 percent.  For Puerto Rico, double-digit unemployment has been continuous at least as far back as 1991. Both have seen population decrease.  Since 2010 Puerto Rico lost 9.8 percent of its people while Greece lost 3.4 percent.  Both countries have experienced low inflation with periodic bouts of deflation.

In 2016 Greece’s external government debt was 185 percent of annual gross domestic product according to the OECD.  The comparable figure for Puerto Rico was about 100 percent.   The last time Greece’s debt to GDP ratio was near 100 percent was about ten years ago, in 2007 at 102.3 percent.  If the two continue on parallel paths, Puerto Rico will be in much, much worse shape in ten years.  And Greece’s debt-to-GDP ratio has continued to rise because of the austerity measures imposed by the Eurozone. There are two ways that Greek debt to GDP ratio could have risen.  Either Greece increased the numerator by issuing more government debt or the denominator (GDP) shrank.  It’s been impossible for Greece to issue more debt with the exception of bailout loans from banks outside Greece.  Thus, most of the increase in the government debt to GDP ratio was caused by shrinking GDP. 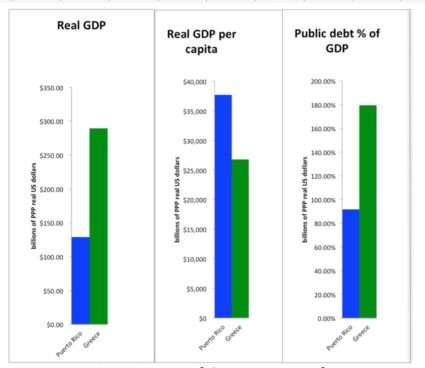 Greece should have abandoned the euro.  Returning to the drachma would have allowed the country to depreciate its currency.  In euros, Greek goods and services would have become much cheaper. There would have been a similar depreciation vis-à-vis the U.S. dollar and British pound. And foreign demand for Greek products would have increased. 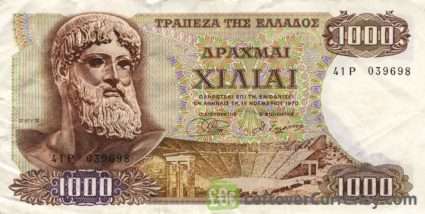 The Source of Puerto Rico’s Problems

Let’s return to Puerto Rico. The root of its fiscal problems are remarkably similar to Greece’s.  The Puerto Rican government and its electric utility issued vastly more public sector debt than the island’s economy could support. In May 2017, the government filed for protection from its creditors under a special authorization from Congress.  The total debt was $74 billion. But the triggering event was Puerto Rico’s default on its debt on June 30, 2016.  The last debt issue by the government was March 17, 2014.  As early as 2010 anyone who looked at the island’s finances knew the economy was in serious trouble.

The Solution to Puerto Rico’s Problem 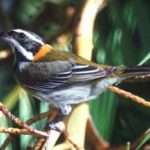 Now we can see how abandoning the tyranny of the dollar can save the island’s economy. The scenario is straightforward.  What if Puerto Rico is granted independence and immediately establishes its own currency?  Let’s call the new currency the Puerto Rican Reina Mora (PRM).  (The reina mora is a bird that is ubiquitous on the island.) The instant that happens the new country announces it will not make any payments on its external debt, mainly denominated in U.S. dollars.

These changes will have three effects.  First, the government will no longer be able to borrow from (now-)foreign financial markets: no more new loans in any foreign currency, be it U.S. dollars, euros, or Israeli shekels. Second, being unable to borrow will force fiscal discipline on the government. (Of course, the island can finance government budget deficits by printing its own currency.  On that path lies hyperinflation.)  Third, the government will be relieved of making ongoing interest payments on the external debt.

FUN FACT! Every currency is governed by ISO 4217.  That global standard establishes, among other things, a unique three-letter abbreviation for each currency.  As of December 29, 2011, PRM is not in use. Interestingly, currency symbols are not unique.  For example, the symbol for the Mexican peso is $.

Before independence (today) prices in Puerto Rico were always posted in U.S. dollars. In effect, the PRM today is identical to the USD.  Thus the “exchange rate” today is 1 to 1.

The San Juan Water Beach Club Hotel (SJWBCH) charged $220 per night for an oceanfront suite (rate quoted on October 18, 2018). The pre-independence price of the hotel room is 220 PRM.  With an exchange rate of 0.4189 USD/PRM the price of that same room will be $92.16 after the PRM becomes the official Puerto Rico currency.  I’ve made a fairly standard assumption here that the price of the room in PRM remains at 220.

When a U.S. resident vacations in a foreign country, whatever they spend on products produced in that country is counted as an export of tourism services by the foreign country.  With the lower USD price of hotel rooms, Puerto Rico tourism from the U.S. will boom.

But what about goods exported? According to the CIA World Factbook, the main Puerto Rico exports are chemicals, electronics, apparel, canned tuna, rum, beverage concentrates, and medical equipment. In the spirit [sic] of the upcoming holidays, let’s focus on rum. The two main producers are Ronrico and the more traditional Bacardi.

FUN FACT! “While the distillation origin of Ron Rico rum is well know, a much more obscure but no less fascinating – fact is the identity of its largest consumer. One Matthew Ferdinand Bishop (of the elder Bishop clan) is roumored [sic] to drink no less than two half-gallons of the RR nectar on a daily basis since graduating 6th grade in 2004. Misseur Bishop lives a quiet life in the outskirts of the bustling metropolis of Knoxville, and is fondly know to many liquor store owners, especially Bob, as La Flam Marron ( or the brown flame).”

Today the U.S. price of a bottle of Bacardi 8 Year Old Rum at a San Francisco area store is $27.99.  Again, the hypothetical price in PRM would be 27.99 PRM.  After the PRM becomes Puerto Rico’s official currency, the U.S. import price will be $11.73.  Rum buyers will switch to Bacardi in droves.  And Bacardi exports (part of Puerto Rico exports) will also rise dramatically.

On the flip side, Puerto Rico’s imports will shrink because the prices of products from foreign countries will rise.

About That Government Debt Default

I’ve skipped over what looks like a major problem: the government has defaulted on its foreign debt.  It will take some time before foreign lenders have enough confidence to lend to the Puerto Rico government.  But decades of research on “sovereign defaults” has produced a surprising result.

In one of the curiosities of international finance, economists have repeatedly found that the penalty for a sovereign default is relatively small.  The penalty is the time during which a country is unable to borrow globally.  Argentina, for example, has defaulted three times since 1980.  While you might think the country would be barred from international borrowing approximately forever, you would be mistaken.  In a 2008 study for the International Monetary Fund, authors Eduardo Borensztein and Ugo Panizza reached this conclusion: “…default costs are significant, but short lived. Reputation of sovereign borrowers that fall in default, as measured by credit ratings and spreads, is tainted but only for a short time.” (“The Costs of Sovereign Default,” IMF Working Paper 08/238.) In other words, there is a cost to defaulting but it doesn’t last very long.

Let’s free Puerto Rico from the tyranny of the U.S. dollar.  Give the island its independence.  Their economy will boom.