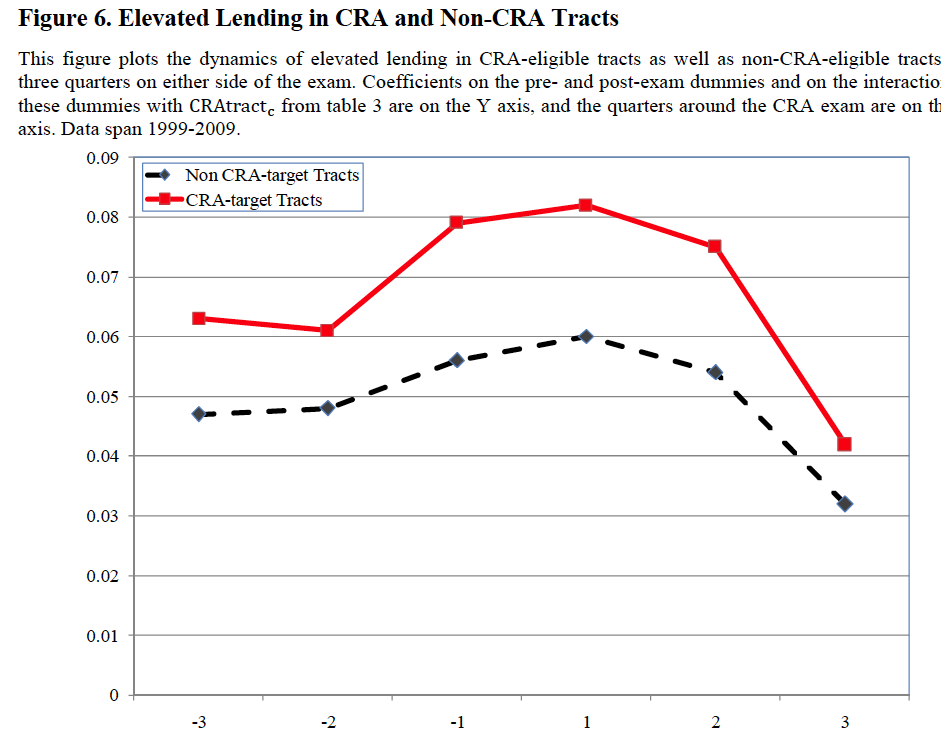 Did the Community Reinvestment Act (CRA) Lead to Risky Lending? This important question is answered in the affirmative in a recent working paper from the National Bureau of Economic Research.  I have posted the citation and abstract below.  This paper is available as a pdf download for a measly $5 from the Social Science Research Network (SSRN).

The short answer is, “Yes, the CRA caused risky lending.”  That means the housing bubble originated in the government — not excessively risky private lending as has been alleged by way too many people in Washington, D.C.  Here’s the short version:

Yes, it did. We use exogenous variation in banks’ incentives to conform to the standards of the Community Reinvestment Act (CRA) around regulatory exam dates to trace out the effect of the CRA on lending activity. Our empirical strategy compares lending behavior of banks undergoing CRA exams within a given census tract in a given month to the behavior of banks operating in the same census tract-month that do not face these exams. We find that adherence to the act led to riskier lending by banks: in the six quarters surrounding the CRA exams lending is elevated on average by about 5 percent every quarter and loans in these quarters default by about 15 percent more often. These patterns are accentuated in CRA-eligible census tracts and are concentrated among large banks. The effects are strongest during the time period when the market for private securitization was booming.