By my count, Peter Navarro’s op-ed in today’s pages – “Give Trump’s Tariffs a Fair Test” – is the seventh such piece that you’ve published by him since he became Donald Trump’s trade shaman. Each of these essays is a cascade of contradictions and confusions so immense that even listing them would require an unusually long op-ed. But two examples will suffice.

First, in a March 6th, 2017, piece Mr. Navarro argued that U.S. trade deficits inflict such harm on the American economy that U.S. trade restrictions are justified as a means of trying to reduce these deficits. Yet in today’s op-ed he boasts that the “threat of auto tariffs has likewise drawn billions of dollars of new foreign direct investment from the likes of Toyota, Volkswagen and Mercedes-Benz.” Mr. Navarro apparently doesn’t understand the elementary fact that, because every dollar invested in the U.S. by foreigners is a dollar not spent on U.S. exports, the investments about which Mr. Navarro today boasts promote the very trade deficits that, in other contexts, he bemoans.

Indeed.  This will also serve as your occasional reminder of Mr. Navarro’s utter lack of qualifications for his current position.  Click here and here, for my earlier writings about Mr. Navarro. 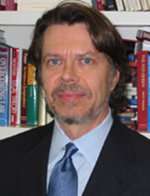 Mr. Boudreaux is a respected economist.  From the bio information at the end of his letter:

Don has a Ph.D. in economics (Auburn) and a law degree from Cornell.